Explore the vibrant Macarena neighborhood and its rich heritage on this guided walking tour. On this route through Seville "Cardo Máximo", you will discover the main monuments of the historical center of the north of Seville. The route starts at the Metropol Parasol where we will visit the Antiquarium, the Palacio Dueñas de la Duquesa Alba, the Macarena neighborhood among others. 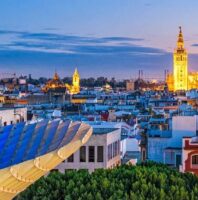 Seville Walking Heritage Tour through Seville with an expert guide

This guided walking tour will take you through the streets of this vibrant neighborhood and show you its breathtaking views, colorful buildings and historic sites. You will visit some of the most important churches in Seville.

Stops on the Cardo Máximo Route:

🛈 The itinerary may vary depending on changes in the opening hours and days of the monuments.

More activities to do after the route 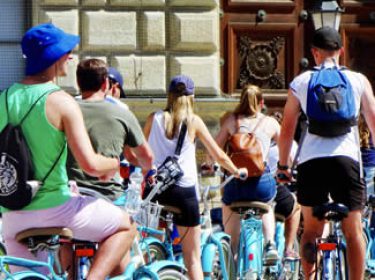 Exciting bike routes through Seville with different stops to see the most important monuments. What are you waiting for to book? Hop on a bike and join one of the many exciting bike tours around the city.